How to Open and Use the Crusader Kings II Console 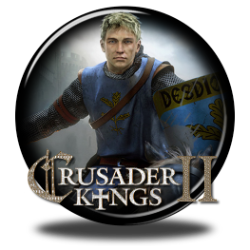 The command console in Crusader Kings 2 is a great way to make gameplay more interesting (and also fix bugs!). The console is simply a text box that "commands" are typed into, making the game do things. These things that commands can make the game do vary from giving you money and tech points, to switching the character you are playing as, to completely destroying another kingdom.

Use the links below to jump to different parts of this tutorial:

How to Open the Console

The console is enabled by default, and can be opened by simply pressing the ` (grave) key on your keyboard. The § (section) key may also open the console, if it is on your keyboard. If those two keys aren't working, we recommend you try all of the following keys:

How to Use the Console

After opening the console, to send commands, all you need to do is type them into the text box and hit enter. For example, the cash command will add a specified amount of cash to your inventory. Typing the following command into the console and hitting ENTER would give you 2,500 cash:

On our CK2 command list, you'll notice that the word "Argument" is mentioned a lot. Arguments are simply extra words that you have to add to a command to tell it what to do. In the above command, 2500 is an argument, as it tells the command how much cash to add to your character.

How to Find Character IDs

In CK2, each character has a unique number assigned to them, this is known as a character ID. You can use character IDs in commands to refer to a specific character. For example, to use the add_friend command, you need to know the character IDs of the two characters you wish to make friends.

To find character IDs, all you need to do is type the following command into the console:

After typing the above command into the console, when you hover over characters in the game, their character IDs will be shown in the tooltip that appears (example in image below).

The character ID highlighted in a character's debug tooltip.

That's all there is to opening and using the console in Crusader Kings II. Find more guides on our CK2 blog. If you're looking for commands to use with the console, check out our CK2 console commands list.

Save yourself time and frustration by using our complete list of all Crusader Kings II console commands.