How to Spawn NPCs with Commands in SCUM 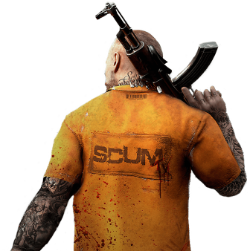 NPC stands for "Non-Player Character", meaning any monster, animal, character, or other moving/living thing in a game. In SCUM, you can spawn NPCs using the #SpawnCharacter command: this guide will show you how.

In order to use the #SpawnCharacter command, you'll first need to know how to run commands, it's quite simple! Commands are sent via the chat, to open the chat, press T. To send a command, type it into the chat and hit enter. All commands start with a hashtag (#). The #SpawnCharacter command works in single player and on servers. If you are on a server, you will need to first be added to the "Admin Access" list in your G-Portal server panel.

The syntax for the #SpawnCharacter command is as follows:

To make this command spawn an NPC, you will have to:

The NPC ID for a bear is "BP_Bear". We can spawn a bear by factoring this into the #SpawnCharacter command. The following command would spawn one bear in front of your character:

You could spawn 6 bears by adding the number 6 at the end of the command like so:

And if you managed to survive those bears, you could spawn 6 crows by changing BP_Bear to the NPC ID of a crow, which is BP_Crow:

You can find IDs for all of the animals, monsters and characters in SCUM on our NPC code list.

Find more guides on our blog. A list of all admin commands in SCUM can be found here.

Use our SCUM console commands list to find help and examples for all SCUM commands.