How to Open and Use the Medieval II Console

As easy as pressing a key! 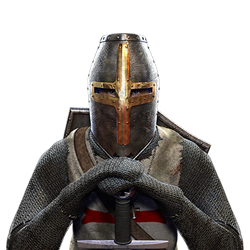 Cheat codes are a great way to spice up Medieval 2: Total War gameplay - they can do all sorts of things like add cash to your empire, add units to armies, and even make you automatically win or lose wars.

Cheat codes, also known as commands, are entered into the game's console, the console is simply a text box (pictured below). To open the console, press the ~ (tilde) key on your keyboard. For some non-US keyboard layouts, this hot key may not work, if this is the case, pressing one of the following keys will open the console for you:

You can close the console by pressing the same key again.

Once you've got opening the console out of the way, all you need to do is type in a console command and hit ENTER to send it.

You can find a list of all commands on our cheats list, but as an example, we'll show you how to use the add_population command, which adds population to a settlement of your choice.

The command has the following syntax (syntax means how the command is written):

To get this command to work, you need to do two things:

So, the finalised command to add 100 population to Nottingham would look like this:

As you might have guessed, typing the above text into the console and hitting ENTER on your keyboard would add 100 population to the Nottingham settlement.

That's all there is to this guide, you may also be interested in checking out our list of all Medieval 2 cheats. If you need help or clarification on anything mentioned in this tutorial, feel free to tweet at us @ConsoleCMDs.

Search our interactive list of all M2TW console commands to find help and examples for any cheat code.